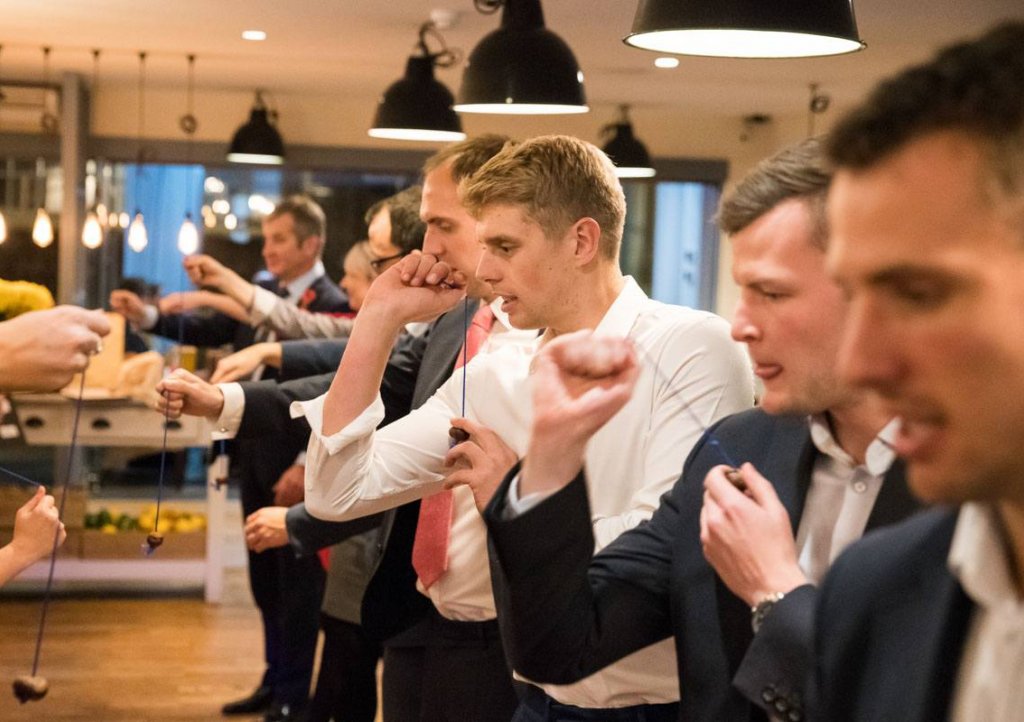 It’s not often solicitors and chartered surveyors square up to each other for a fight but that’s what happened in the annual conker competition in Plymouth, organised by wealth management company Brewin Dolphin.

Emotions were running high and the atmosphere was tense as Plymouth-based surveyors Monk & Partners prepared to do battle with legal experts Gard & Co in the finals. Conker struck conker until, for the second year in succession, Monk & Partners again proved invincible.

It’s the fourth time we’ve run the competition and it just gets better and better. Playing conkers with fellow professionals is a great way of breaking the ice and having fun. Not that it isn’t fiercely competitive – we’re all very serious about choosing the right conker and trying to win!

“It’s a great game and, as we’ve proved, isn’t only for children,” said James. “Monk & Partners have got the Conker Trophy again but we’ll all be planning our strategy for next October’s contest!”

The event took place in The China House, Plymouth.