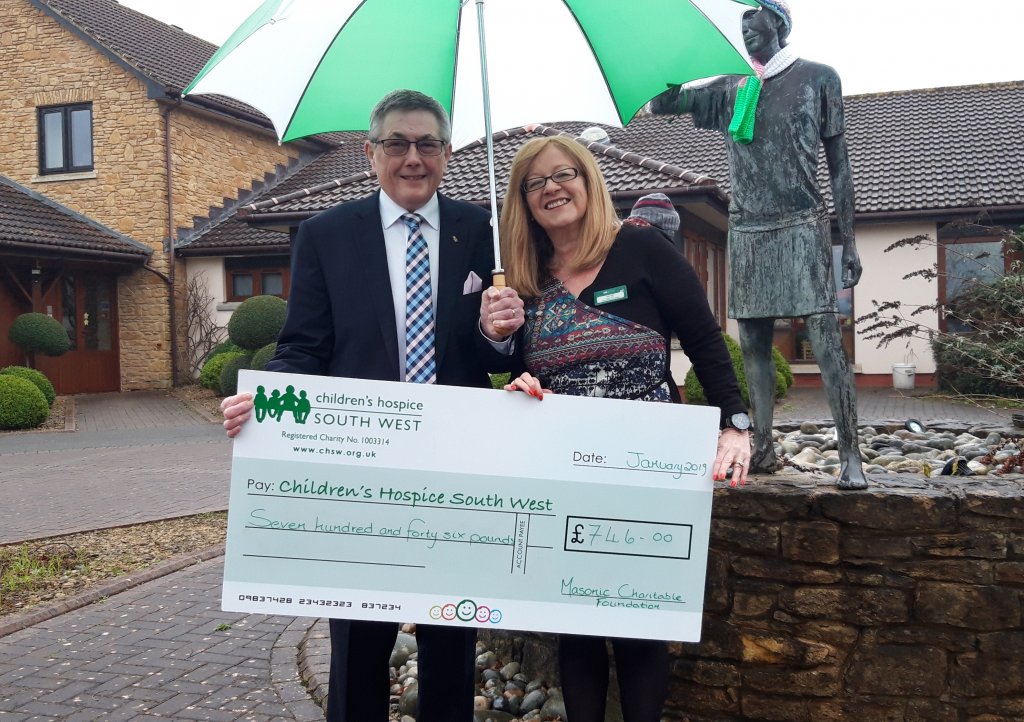 Children’s Hospice South West’s Little Bridge House hospice has been chosen to receive a grant of £746 from the Provincial Grand Lodge of Devonshire Freemasons.

The grant comes through the Masonic Charitable Foundation (MCF), and will be used to help provide respite care and support for the children and their families at the hospice in Fremington, North Devon.

This is just one of 237 grants to hospices around the country from Freemasons. In total £600,000 will be donated to hospices all over England and Wales this year.

Contributions from Freemasons to hospices have exceeded £13million in England and Wales since 1984 and are continuing to increase at a rate of at least £600,000 a year. The Devonshire Freemasons have been long term supporters of Children’s Hospice South West and, including the individual donations made by the 131 Devonshire Lodges, have given grants totalling over £103,000 since it opened in 1995.

Ann Juby, major gifts, trusts and grants fundraiser at CHSW, said: “We’re very grateful to Provincial Grand Lodge of Devonshire Freemasons for their generous grant, which will help us to provide respite for the whole family, including a sibling service for brothers and sisters, emergency support, end of life care, and a bereavement service for as long as it is needed.”

W. Bro. Charles Yelland Assistant Provincial Grand Master of the Devonshire Freemasons said: “I’m very pleased we’ve been able to assist The Children’s Hospice South West. They do an outstanding job helping children with terminal or life limiting conditions, as well as supporting their families through very difficult times for which we are equally grateful.”