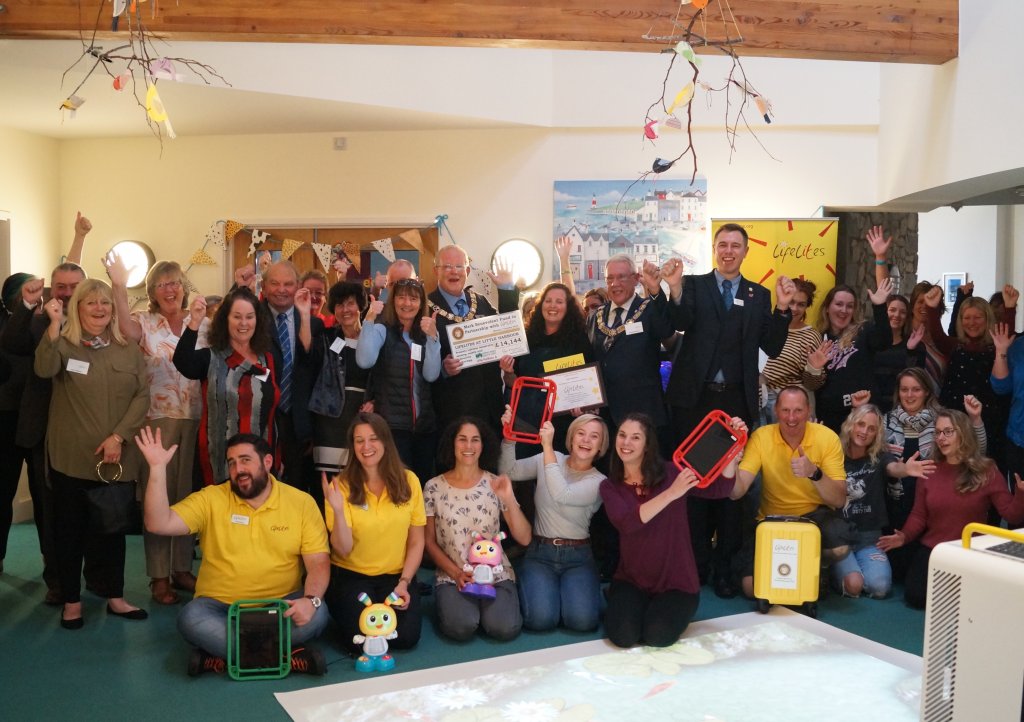 Children receiving care at Little Harbour in St Austell have received a donation of life-changing technology worth thousands of pounds from children’s charity Lifelites.

Many of the children using the services at Little Harbour have complex disabilities and life-limiting conditions, but the specialist technology which Lifelites has donated can give them the opportunity to do things they never dreamed of. It enables them to play, be creative, control something for themselves and communicate, for as long as it is possible. 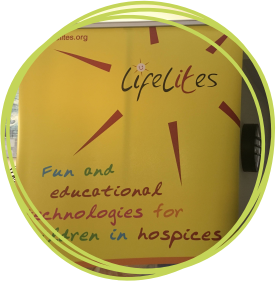 The technology, along with training and technical support services which the charity provides for free, costs around £50,000 over four years. After four years, the charity will return to replace the equipment with the latest, up to date technology.

One of the pieces of equipment donated was a Mobile Magic Carpet. This is a portable unit which projects an image on to the floor, a wheelchair tray or a bed, which children can interact with. This technology gives them the chance to escape the confines of their condition and play one of the many games or animations, such as playing football or splashing in the sea.

The children also received an Eyegaze. This is a piece of equipment which allows those with limited mobility to control a computer using just their eyes.  By using the Eyegaze, children who struggle to communicate with their family and their carers are able to do so – often for the first time.

As well as the technology for use in the hospice itself, Lifelites is also donating a special portable bundle of technology for the Hospice team when visiting families at home. This special bundle, known as the Tech Trunk, can travel wherever the children are, whether that’s in their own home or in hospital.

Other items donated include iPads, touchscreen computers along with lots of games and other software specially designed to be enjoyed by children with disabilities.

Claire Kilbey, Head of Care at Little Harbour said: “On behalf of all of the children and families that will be using this equipment during their stays at Little Harbour I would like to thank Lifelites for such a generous donation.

The children that we support have such complex needs however with the availability of technology like this it means they can have some new experiences and most importantly have fun with it.

Simone Enefer-Doy, Chief Executive of Lifelites said: “We’re delighted to be able to donate some of our magical technology for the children and young people at Little Harbour. The huge range of equipment is specially adapted so that it can be used by anyone, regardless of their disability. Every moment is precious for these children and their families, and this technology will give them the opportunities they deserve to make the most of whatever time they have left.

“We couldn’t have provided this package if it wasn’t for the generosity of our supporters, so for this we are incredibly grateful.”

Lifelites has donated equipment to every children’s hospice in the British Isles over the last 20 years, and continues to provide new technology and ongoing support to ensure that children in hospices have a chance to escape the confines of their conditions.

Lifelites were only able to donate this package of technology due to the generosity of supporters. They were the Mark Benevolent Fund, the Provincial Grand Lodge of Cornwall, Freemasons of Cornwall, the Sunrise Foundation, the Cornwell Charitable Trust, GamesAid and Microsoft.