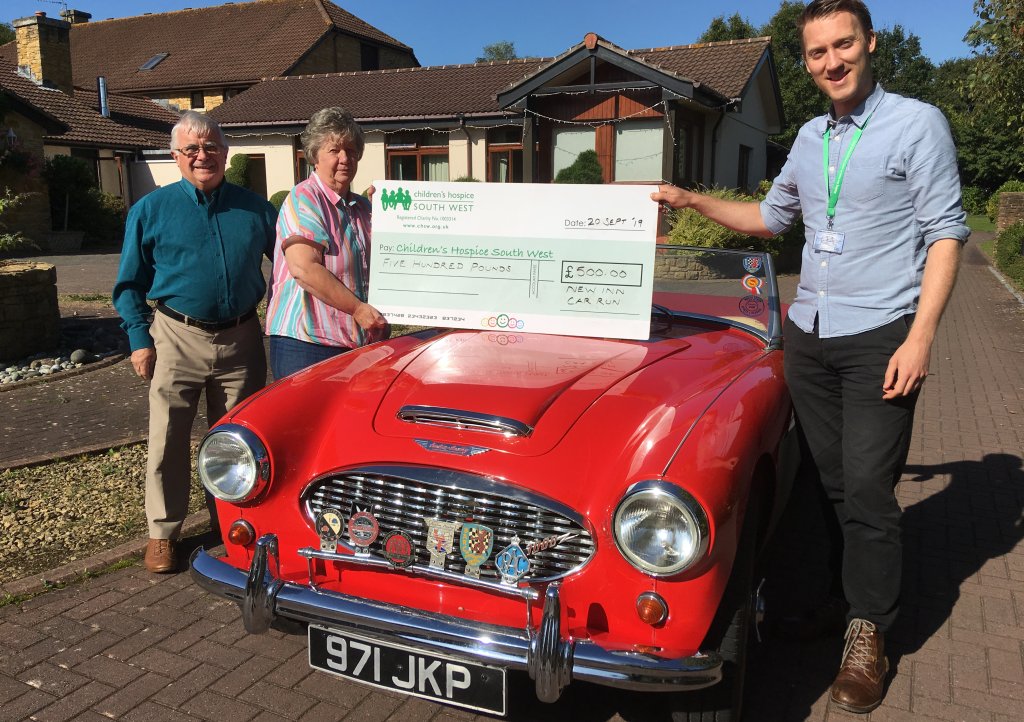 The event on September 1 set off from The New Inn in Fremington and took motorists on a 60-mile loop through Barnstaple, Braunton, Georgeham, Mortehoe and Combe Martin before finishing at Little Bridge House in Fremington.

All ages and makes of car were invited to take part, and all 27 participants were all presented with a rally plaque and finisher’s trophy.

It was the third rally organised for the charity by Yelland couple Diane and Bob Harrison, who visited Little Bridge House in Bob’s fully-restored 1960 Austin Healey 3000 to present their fundraising to CHSW assistant community fundraiser Neville Pope. Over the three years, their rallies have raised £1,480 for the charity, which offers vital care and respite to nearly 200 children with life-limiting conditions and their families at Little Bridge House.

Diane and Bob, who have held similar car rallies in the Merseyside for many years before moving to North Devon, said they were delighted to be able to support their local children’s hospice. Next year’s rally will take place in the first week of September.