Home News Businesses give their backing to Exeter Rainbow Run 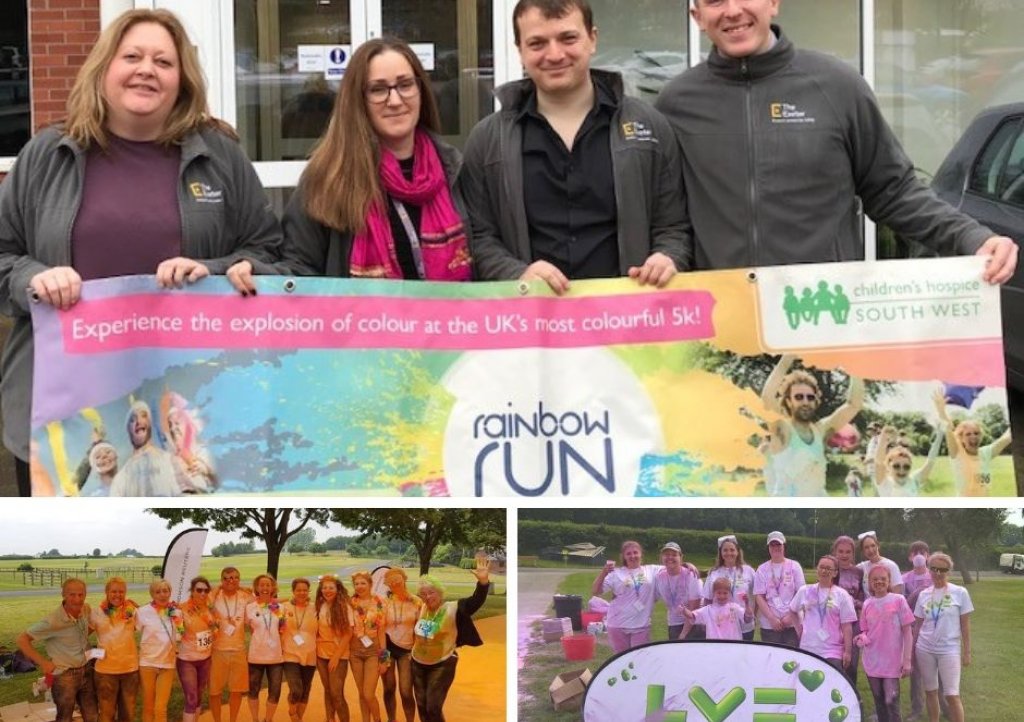 Around 1,000 people will be getting colourful and raising money for Children’s Hospice South West at Rainbow Run in Exeter this weekend.

The charity’s flagship summer fundraising event takes place at Westpoint on Saturday and money raised will help support 500 children with life-limiting conditions and their families across the South West.

The charity has joined forces with a trio of Exeter-based firms that have offered to sponsor this year’s Rainbow Run, meaning that the money raised by those taking part can go straight towards the care provided by the charity.

Healthcare and protection insurance specialist The Exeter has come on board as headline sponsor, and Thomson Reuters and Liverpool Victoria are also supporting the event.

Teams from each firm will all be manning paint stations on the day, with The Exeter in charge of the Yellow station, Thomson Reuters looking after orange, and Liverpool Victoria on the green station.

Becky Penrose, chairman of The Exeter’s community and charity committee, said: “Rainbow Run is a great local, family event and we are looking forward to getting covered in paint and having lots of fun on the day.”

Amanda Magri Overend, senior marketing executive at Thomson Reuters, said: “We are very pleased to once again be sponsoring the Rainbow Run! It’s a fantastic day full of colour and fun, where our staff get involved with all the supporters for a great cause.”

Sam Preece, head of brand marketing at LV=, said: “LV= is proud to sponsor the 2019 Rainbow Run and support the valuable work of Children's Hospice South West. Some of our people will be there on the day showering runners with green paint as they run past!

“We’re also very pleased to announce that staff at our Exeter office have chosen Children's Hospice South West as their charity of the year for 2019.”

CHSW corporate partnerships fundraiser Mhairi Bass-Carruthers said: “It’s fantastic to have such brilliant corporate support – we just couldn’t put on this event without it.

“Their sponsorship means that we can not only make this a brilliant event to remember for all those taking part, but it will also ensure that the money raised does even more to provide vital respite to children with life-limiting conditions and their families.”

Gate for year's event, which has been granted Plastic Free Coastlines status by Surfers Against Sewage, open at 11am.

Online registration closes at 12noon on Thursday, June 20 but people wanting to take part can still register on the day.