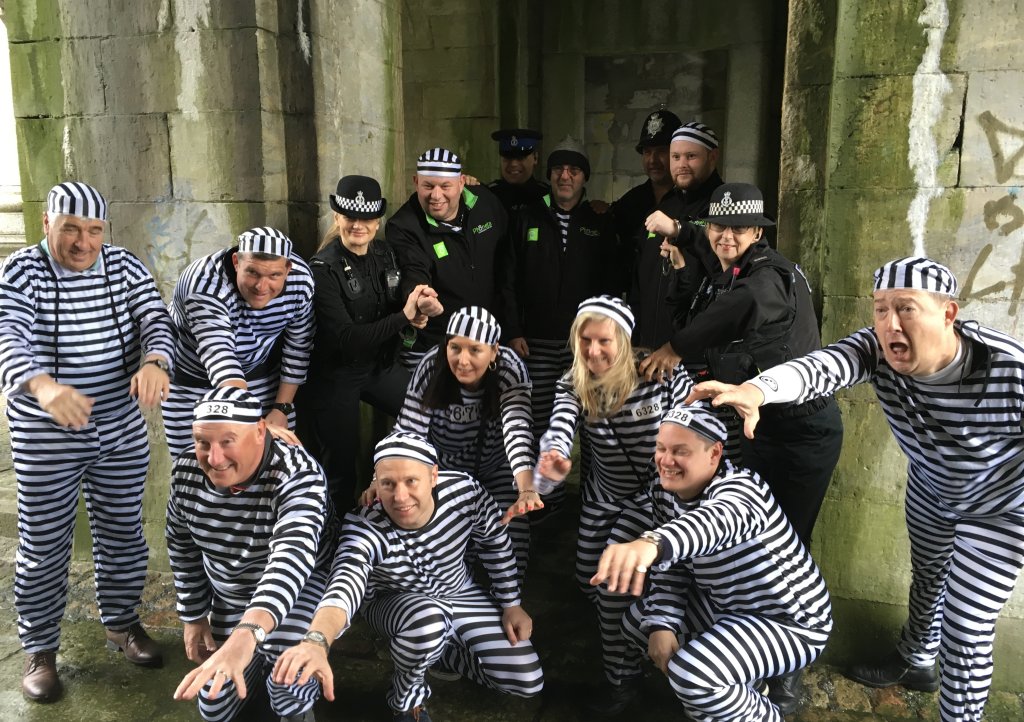 Children’s Hospice South West (CHSW) held its annual Jail and Bail fundraising event at Plymouth Guildhall on Friday 27th April which raised an amazing £17,233 on the day with the total still climbing.

11 local business people took part in the event which involved individuals getting arrested and put on trial for fictitious crimes including murdering karaoke songs, excessive work socials and stealing everyone’s share of chocolates.

Lorna Damella, Corporate Partnerships Fundraiser for CHSW said “Jail and Bail is always a great event, it requires local business people to get in touch with all of their contacts and get them to help raise their bail money for a cause which is close to everyone’s hearts.”

Thanks go to off-duty police officers from Devonport for assisting with the arrests, Devonport Guildhall, the Cornwall Channel, Real Ideas Organisation, Encore Showbiz, Santander, HSBC, Barnett Photo Studio, as well as Leanne Elliott for acting as the judge, Michelle Handley who acted as the Clerk of the Court and Emma Gamble for acting as the prosecutor.

Money raised from the event will go towards the care and support that CHSW offers to children with life threatening and life limiting illnesses and their families. The charity has three children’s hospices in the south west including Little Harbour in St Austell which is the local children’s hospice for families from all across Cornwall and Plymouth. Little Harbour is currently supporting 117 local children and families as well as 30 bereaved families.

To find out more about the event click here