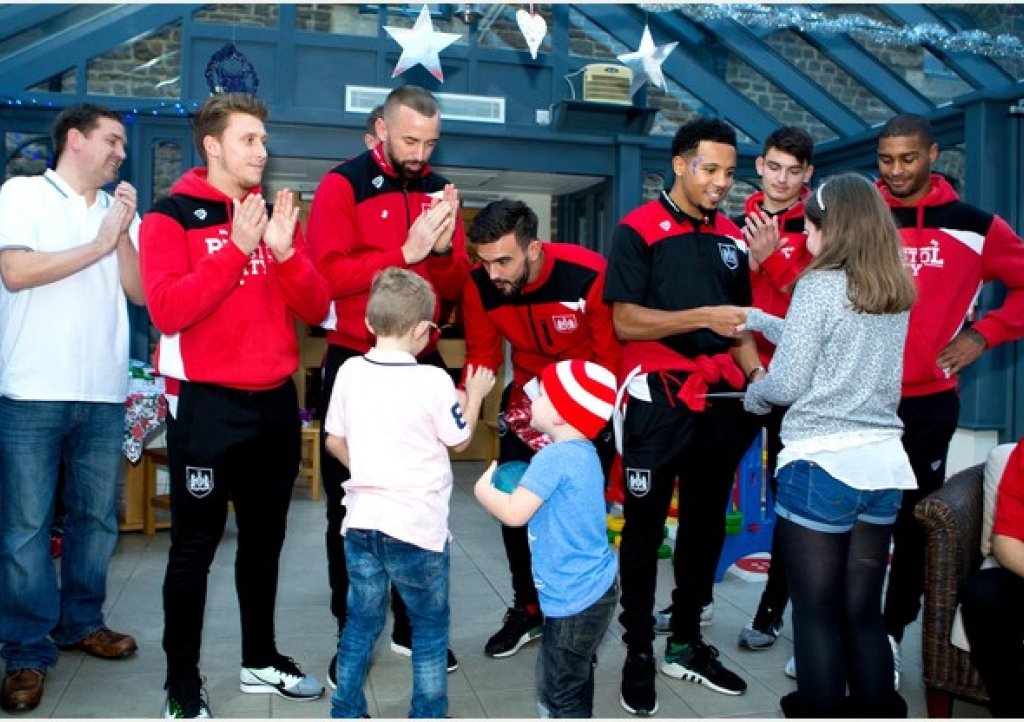 When Steve Allen, Frank Fielding and Donna Venables first walked through the doors of Children’s Hospice South West (CHSW) with an idea of raising funds for CHSW’s Charlton Farm hospice we could never have predicated what would ensue.

Over a year later, more than £50,000 has been raised through memorabilia auctions, bucket collections and a charity Golf Day, as well as through donations from BCFC partners including PGA South West, BCFC Supporters Group and Physique Management Company.Members of Bristol City FC came to the hospice during our Open Days to see for themselves how their fundraising would benefit the children and families we support. Last Christmas the entire BCFC team visited Charlton Farm and presented us with a specialist trampoline which enables children with restricted movement to receive Rebound Therapy.

During this visit the players, coaches, and wider support team chatted with families and the care team, played table football with the children and even sang with the choir! Some incredible memories were created that our families still talk about today and will treasure forever.

The Club has welcomed CHSW children and families to visit them at their training ground in Failand, just minutes away from Charlton Farm; invited them to be mascots on match days and given away tickets for families to watch matches.

At the beginning of 2016 their match against Middlesbrough was dedicated to raising awareness of CHSW and its 25th Anniversary year and saw the players warming up in signed CHSW t-shirts which were later auctioned, raising yet more funds for us.

We cannot thank the Club enough for helping us make the most of short and precious lives as well as raising the profile of the charity within Bristol and the surrounding area through TV coverage, in the local press and on social media.

A special mention must go to the following that have been fundamental in the success of the partnership: Steve Allen, Adam Baker, Frank Fielding, Donna Venables and Scott Murray.