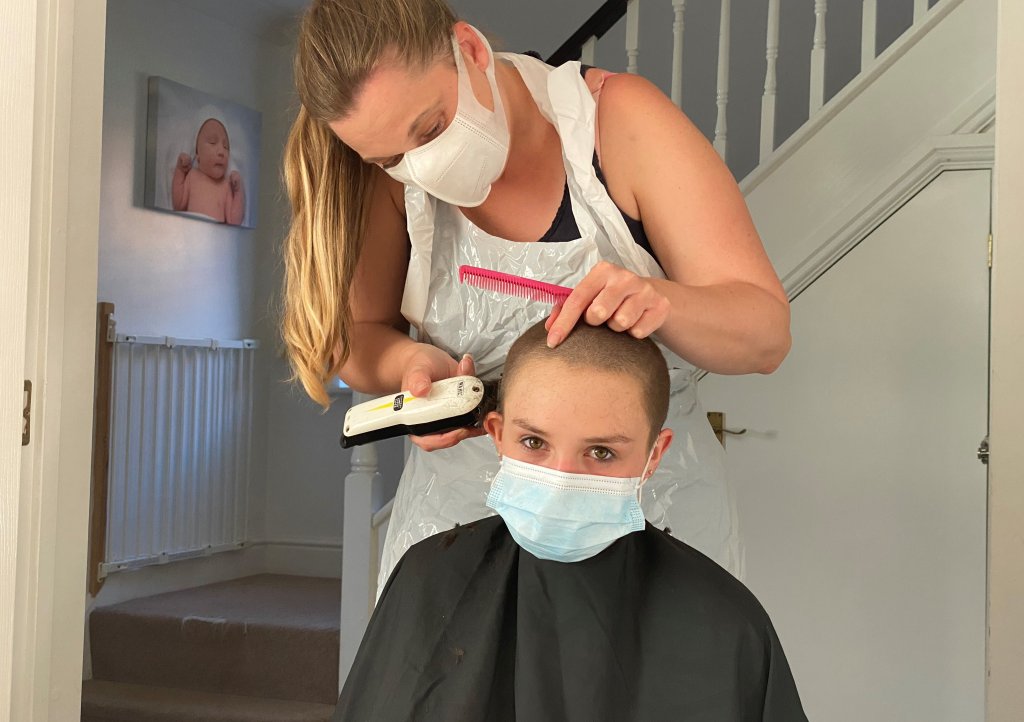 A teenage girl from Cullompton who was bullied for having short hair has shaved it all off and raised more than £1,000 for Children’s Hospice South West.

Kisa Benson, 14, knew she’d be mocked for her radical new look but said raising money for the charity was ‘more important than a few mean comments’.

She said: “The charity means a lot to me so it was the right thing to do. You just need to keep your head held high and not let the bullies win.”

Reuben Newberry, aged nine from Willand, has polymicrogyria cerebral palsy and he and his family are able to access vital respite at the hospice, near Barnstaple in North Devon.

“The hospice has been a huge help, providing countless respite weekends for the whole family and I wanted to thank them for everything they have done,” said Kisa, who has sadly suffered verbal and physical abuse since her head shave at the end of July.

“It was scary and I was quite upset – one time I just sat on the floor and cried.

Reuben and the charity mean so much to me, much more than a few people being horrible.

Mum Theresa said she was proud of her daughter for taking a stand for what she believed in.

“It was an incredibly brave thing for a teenage girl to do but even more so for Kisa as she has been bullied for having short hair. She knew that shaving her hair would put a bigger target on her head but didn’t care because she was doing it for the right reason.

“Kisa has a huge heart and I’m incredibly proud of what she has done in support of a local family who mean the world to us.

“When she shaved off her hair it was very emotional, especially when she saw Reuben. But he still recognised her and gave her a beautiful beaming smile.”