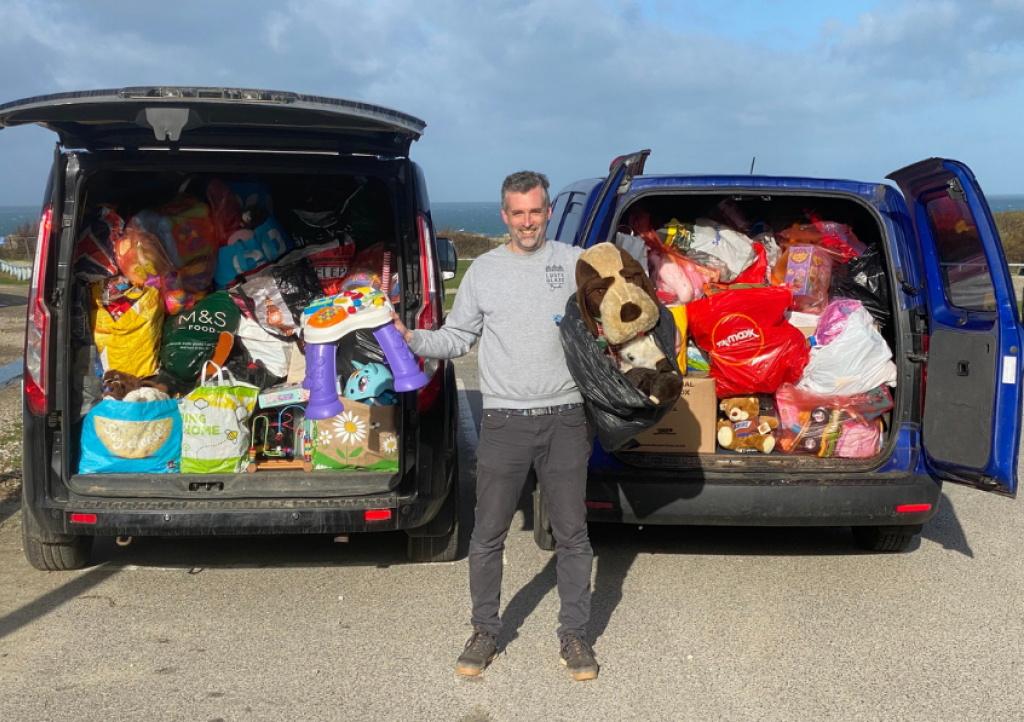 Successfully completing its fourth year, the team at Lusty Glaze encouraged people to ‘swap toys for tea’ by asking them to bring any unwanted children's items down to the beach throughout January in exchange for a free cup of tea or coffee.

Operations Manager Andi Millson said the team was overwhelmed by the response to this year’s amnesty, and credited the local community for making 2022 the biggest and best year yet.

“We cannot believe how much has been donated this year - toys, karaoke machines, giant teddies, puzzles, board games, musical instruments…you name it! We had so many pre-loved items donated this year we had to move the majority into storage halfway through the month just to make more space!”

“After what has been such a tough time for charities generally, we are over the moon to have been able to support CHSW once again this year.

Much like our previous toy amnesties, the kindness and generosity our local community has shown yet again for this charity has blown us away - but 2022 has been a bumper year for donations.

Area Fundraiser for CHSW, Alice Merrett, said, “The continued support from the team at Lusty Glaze is amazing. Any donation, big or small, helps us in our mission to make the most of short and precious lives, and we are so thankful for the time and effort they spend supporting our work.”

This week, Lusty Glaze delivered an entire truck-load of toys, games, clothes, amenities and other items to Little Harbour, CHSW’s home-from-home in Porthpean, from this year’s donations.  Brand new toys will remain at the hospice to be loved by the children in CHSW’s care, whilst other items will be distributed to CHSW’s charity shops, helping raise vital funds towards the care Little Harbour provides to families.

Millson added, “We are humbled to be able to help wherever we can, making sure local families in difficult circumstances can make the most of their time together - something that’s needed more than ever right now.”

“The past couple of years have been a trying time for everyone, and we can’t thank our local community enough for always being so generous in supporting amazing causes and uniting to take care of those in need.”

CHSW provides specialist respite, palliative, emergency, end-of-life and bereavement care to children unexpected to live into adulthood and their families. Currently supporting over 145 families, the hospice faces running costs of over £3 million a year - the majority of which come from donations made by the local community.