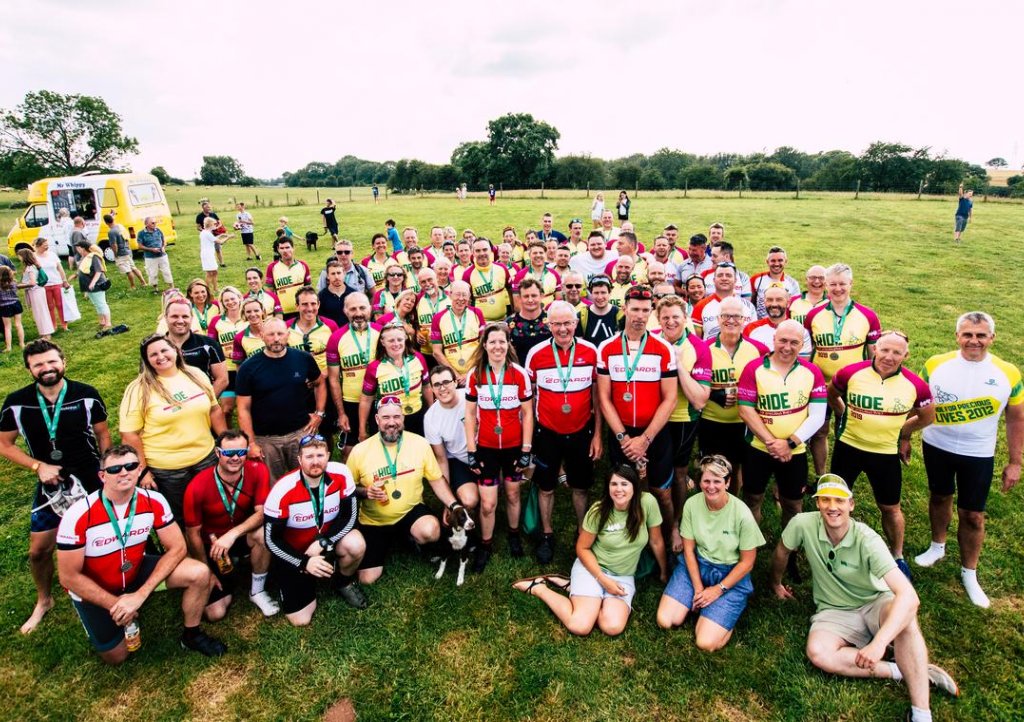 More than 70 cyclists have whizzed through the West Country on a 205-mile three-day charity challenge to raise thousands of pounds for Children’s Hospice South West (CHSW).

The 11th annual Ride for Precious Lives set off from the charity’s Little Harbour children’s hospice in St Austell on Friday morning and headed to Little Bridge House in North Devon, before finishing at Charlton Farm in North Somerset on Sunday afternoon.

This year’s event featured 72 cyclists from all over the South West, who were joined by well-known TV and film star Andrew Lincoln, star of the hit TV series The Walking Dead and box office smash Love Actually. Andrew decided to take part after visiting Charlton Farm earlier this year.

After crossing the finish line at Charlton Farm, he said: “It was one of the most, humbling, hilarious and challenging three days I’ve had the privilege of being involved in.

Children’s Hospice South West is run by extraordinary people, for remarkable families and supported by the most open hearted of people. I loved every second of it.

This year’s Ride for Precious Lives, sponsored by Clevedon-based engineering company Edwards, is expected to raise more than £75,000 for CHSW, which offers vital care and respite to more than 500 families across the South West.

The charity’s aim is to make the most of short and precious lives by providing short breaks, respite and emergency stays, as well as end-of-life care and bereavement support – all in a home-from-home environment. CHSW gives families the chance to recharge their batteries and make precious memories together.

Jayne Jarrett, events fundraiser at Little Bridge House, said: “There was such a great atmosphere and a real sense of camaraderie between the riders taking part in this event.

“We are so grateful to each and every one of them for all their hard work in training and fundraising over the past few months and are delighted that they all have a fantastic time while raising vital funds for and awareness of CHSW.”

Registration for Ride 2020 is now open. You can also join the Ride 2020 Facebook event page.