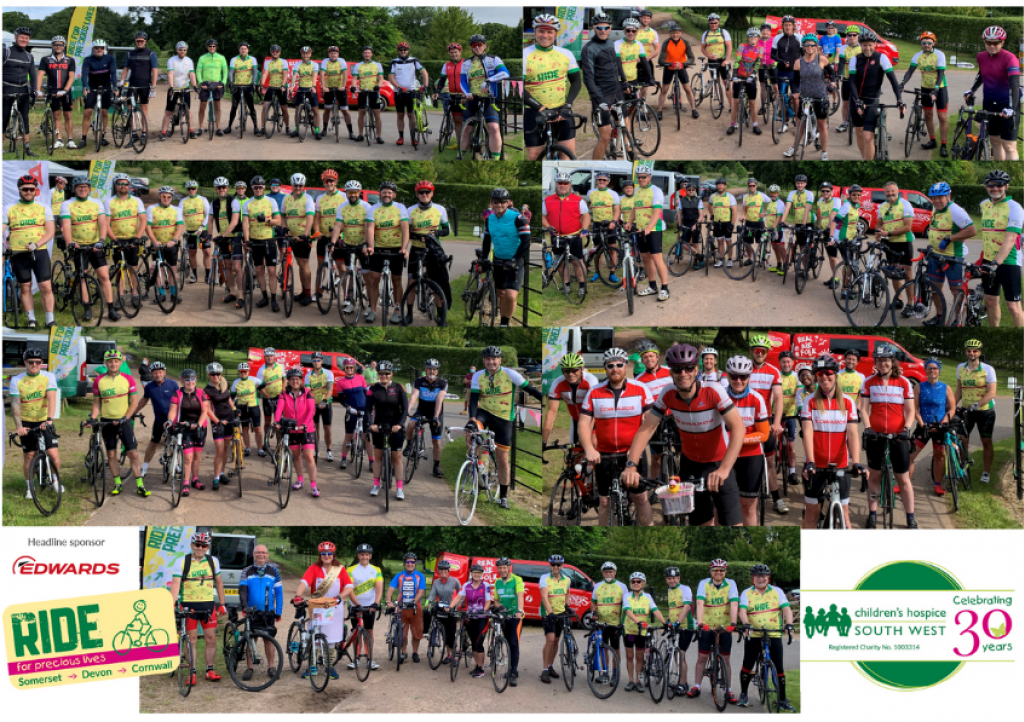 100 cyclists from across the south west, and further afield, recently completed a 205 mile charity cycle raising more than £170,000 for Children’s Hospice South West (CHSW) making it the biggest fundraising year for the event.

The annual Ride for Precious Lives, which is in its 12th year, sees cyclists tackle more than 200 miles over three days all in the name of raising vital funds for the south west’s only children’s hospice charity. This year, to celebrate the 30th anniversary of CHSW, the route was reversed so cyclists started at Charlton Farm children’s hospice in Wraxall near Bristol on Friday 9 July, cycled past Little Bridge House hospice in Barnstaple on Saturday and finished at Little Harbour children’s hospice in St Austell on Sunday.

This event, sponsored by Edwards Vacuum and The Exeter, should have taken place last year but was postponed due to the pandemic, meaning some of the cyclists had been training and fundraising for almost two years in the lead up to the event.

An incredible amount of work was put into the planning of the cycle to ensure it could go ahead with the safety of the riders, staff and volunteers as an absolute priority.

Riders that took part included family members of children that are supported by CHSW’s hospices, bereaved parents, supporters from local businesses and long term supporters of the charity.

It was a pleasure and honour to ride with so many to raise such essential funds for our local children’s hospice. 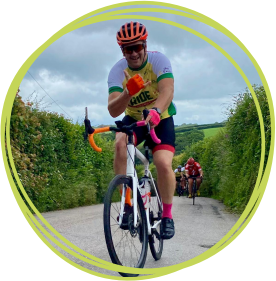 "Oliver and Benjamin love every element of Little Harbour, our local hospice, so to be able to raise money to fund anything from the home made cakes in the kitchen, through to the highly trained and experienced staff, it’s a true pleasure. Thank you to the 100 riders we rode with this weekend, I personally had some of the best riding experience of my life with a great bunch of mates and a very well organised ride."

Kiley Pearce, Events Fundraiser for CHSW said “It has been quite an overwhelming weekend in a lot of ways but especially with it being our first mass participation event in almost 18 months but it was absolutely fantastic.

Riders were pushed to their limits physically and mentally but each and every one of them gave it their all and finished with smiles on their faces and a huge sense of pride.

Reflecting on the amount of money raised by the cyclists Kiley said “After such a challenging fundraising climate to know that £170,000 has been raised to help our families get the vital care and support they need at our three hospices really is fantastic especially in our 30th anniversary year. I would like to thank absolutely everyone involved in making this event happen.”

For anyone looking for a challenge for next year registration is open now for Ride for Precious Lives 2022. By signing up now you give yourself maximum training and fundraising time, find more information here or call Little Harbour on 01726 871800.