Home What we do Inspiring stories Laughs, thrills, tears and cherished memories at children’s hospice 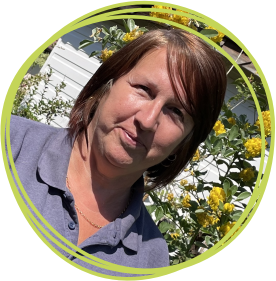 Senior Carer Kay Holloway has been involved with Children’s Hospice South West (CHSW) from almost the very beginning – firstly as a fundraiser, but for the last 24 years as a carer.

Kay was just 23 years old when she embarked upon an epic drive around the coast of Britain in May 1992. The then nursery nurse decided to support the fundraising appeal to build Little Bridge House after meeting charity founders Jill and Eddie Farwell’s children Katy and Tom while doing work experience at Pathfield School in Barnstaple. Kay and her friend Nicola (not forgetting Henry the teddy bear!) drove 3,700-miles in 11 days and raised an incredible £3,000 to help build the new hospice. 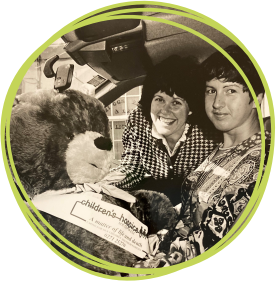 In a letter sent to Kay in September that year, Jill said: “As the architect briefing continues, it becomes increasingly exciting for all of us to witness the original vision being interpreted into reality. It has been our great joy that others have caught the vision, made it their own, brought it alive and fostered its growth. Building is due to commence next year and I know we all look forward eagerly to opening the front door to the first children and families. Thank you therefore so much for your kindness and generosity which has helped to bring that day nearer.”

Fast-forward five years to 1997 and Little Bridge House was open and Kay was excited to be joining the care team herself.

She said: “It only seems like yesterday that I heard those words ‘we must build a hospice’ being reported and seeing Katy and Tom’s faces on the local news. It was 1991 and I was home for the weekend from my job in Sussex. I had first met Tom and Katy six years previously while doing my work experience at their school in Barnstaple.

“I followed their story with much interest and even did a charity drive around the coast of Britain to help raise CHSW funds.

It is safe to say that CHSW became a family affair. 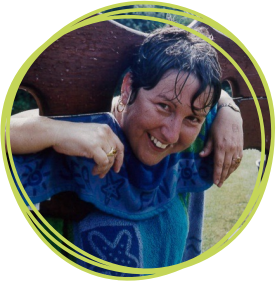 My Dad Bill helped with grass cutting and odd jobs when the site at LBH was first secured, and Mum Betty helped Jill out in the Boutport Street office, and then at the hospice itself after it opened in September 1995.

“I was excited to join the LBH Care Team myself in May 1997, and looking back over the last 24 years there have been many memories – laughs, thrills and of course tears.”
Among Kay’s happy memories are helping to decorate the Little Bridge House carnival floats; planning fetes at the hospice (including being put in the stocks); go-kart driving in the Barnstaple Grand Prix; doing bucket collections with friends’ groups; and singing in the hospice choir.

Kay has also abseiled down Plymouth Civic Centre to raise CHSW funds, took part in filming of the ITV six-week documentary series ‘A Little Bit of Heaven’, and took off in a helicopter flown by TV personality Noel Edmonds.

“Watching the delight in children’s faces as we lifted off from Little Bridge Hose and went ‘looking for holes in the sky’,” is a memory I will cherish for ever,” said Kay.

But there have been tears and emotions too; it would be wrong if I said otherwise.

“Once I was able to arrange a stretch limo to transfer a poorly and very frail young lady from the hospital so she could stay with us at Little Bridge House. She had missed out on the journey that should have been taking her and her friends to their final school prom. 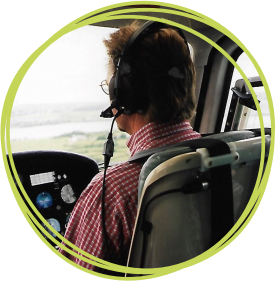 “I remember another special time when I was able to lift a young child who was receiving palliative care from us, from her bed onto her mum’s lap to have a skin-to-skin cuddle one final time before she took her last breath and peacefully died in her mum’s arms.

“I have met the most amazing, brave, and often fearless children, young people and their families over the years. It has been a privilege to have been a part of their lives and I always thank the families for sharing their children with us. I have learnt so much from every single one of them. Not only to be there and be able to help make the most of those short and yet such precious lives, but to be able to make a difference that both the families and I hold dear is what makes me proud to be part of the CHSW family. 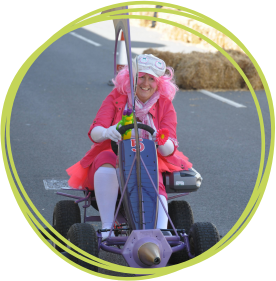 “In these new Covid times I am even more proud and grateful that we can continue to provide our service, albeit in a new and yes, sometimes challenging way. It is still exciting for me as every day is even more different now.”