Oliver and his brother Benjamin have already celebrated Christmas...

Soon after their October Christmas, Oliver’s three-year battle with an extremely rare and life-limiting blood cancer came to an end when he died at Little Harbour children’s hospice surrounded by his parents, brother and more Christmas decorations.

We were able to be together as a family of four, protected and supported.

Your donation will help families like Oliver’s get the support they need, to help make every day as special as Christmas and create treasured memories that will last a lifetime.

As Oliver, 11, became increasingly ill, Christmas had to come early.

It was only October, but Oliver Brown and his family wore festive jumpers, ate lots of chocolate, played games, watched Christmas films and spent quality time together, just like a normal Christmas. They decorated their Plymstock house inside and out, and Oliver and his eight-year-old brother Benjamin were excited to be celebrating earlier than usual. 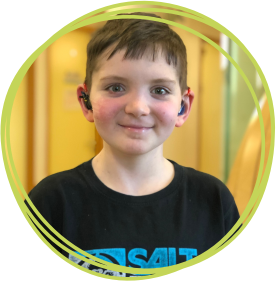 In May, parents Nicky and Mike had been told the devasting news that Oliver’s three-year battle with an extremely rare blood cancer was coming to an end. They were told he only had a few weeks to live, but amazingly Oliver defied the odds with his brave and bubbly personality and lived life to the fullest for another five months.

Benjamin had wished that Oliver could be with him for Christmas and if he couldn’t be, he wanted his brother to help him put up the decorations. As Oliver became increasingly ill, the family decided to fulfil Benjamin’s wishes and experience Christmas together, one last time.

“Oliver had a real love of Christmas, hence why we did it,” Mike told Plymouth Live.

He genuinely adored Christmas and we knew that he wouldn’t be here this year to experience it.

Just a few days after their October Christmas, the family made their last journey to the Little Harbour children’s hospice in St Austell, where they were able to simply be together as a family of four, protected and supported.

Once at Little Harbour, they continued the Christmas theme and on the evening of 31 October, Benjamin asked Santa to break his cover and deliver presents for his brother.  He set an alarm for 3.00am to check and if Santa hadn’t heard him, he would find some presents and wrap them himself, to put under the tree ready for Oliver to open in the morning. As luck would have it, Santa heard Benjamin’s call and happily made a quick visit to Dolphin, Oliver’s room, that night leaving a handful of gifts under the tree for both boys to open. Benjamin’s wish came true and Oliver experienced one last Christmas morning magic with his little brother, Mum and Dad.

Oliver died at Little Harbour on 2 November, aged 11. Mike said: “To be able to take our son through the last few days and minutes of his life as a family, you wouldn’t want to be anywhere else. 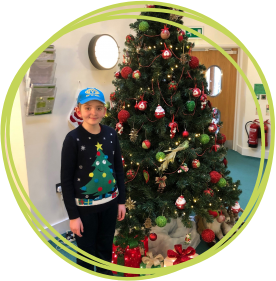 “It was beautiful, it was the most amazing thing that we could have wished for. The building, the people, the sum of its parts all made that happen.”

At Little Harbour, it was often the little things that made a big difference to the family – home-cooked meals, laundered clothes, and the knowledge that there was a room ready for them whenever they needed it for Oliver’s last days took a huge weight off Mike and Nicky’s mind.

The family had previously stayed at Little Harbour on several occasions for respite where Oliver was able to spend time building trusted relationships with the team ahead of what would sadly be his final stay at the hospice. Meanwhile Nicky and Mike spent some quality time with Benjamin and without realising it were starting their transition into a family of three.

“We had no idea at the time how it would work when the time came but it just happened around us,” said Mike.

"The day before was my birthday and we were able to spend that time together as a family. Oliver was able to be out of bed and join in with everything and Nicky and I got to be parents again for the last week that we were with him.

“Benjamin was free to run around and the support he had from the sibling workers was phenomenal. They were able to be there just for him, provide him with opportunities to express himself and be on hand for emotional support.

“It’s a lot for an eight-year-old to deal with and Little Harbour allowed him to deal with it however he wanted to.

“We were all with Oliver at the time he passed away and we will always have very special memories of that time because of the fantastic team and this place. I am sure if we looked it up in the dictionary, under the definition of perfect there would be a photo of Little Harbour.”