Home What we do Inspiring stories Barbara's story 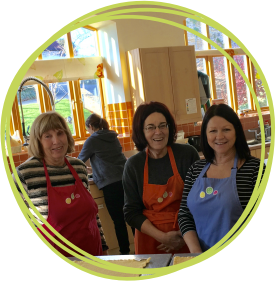 Barbara has been volunteering at Charlton Farm for over two years
Barbara had been looking for a suitable charity to volunteer with for some time, but nothing quite fitted the bill

Barbara Cunningham, aged 66 from Long Ashton, has been volunteering at Charlton Farm children’s hospice in Wraxall for over two years.

Barbara said, “I first heard about the hospice when I picked up a newsletter my Mum’s doctor’s surgery in Banwell. It said how every month the hospice was open to the public to come and look around, so I called them, made a booking and had a tour.” 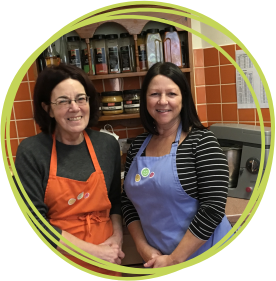 Barbara had been looking for a suitable charity to volunteer with for some time, but nothing quite fitted the bill. That was until she visited Charlton Farm. “It was important for me to choose a charity which I was interested in and that I would commit to. I have a nursing background, but I didn’t know what to expect from the hospice. But it’s just an extension of a family home and there’s a lovely atmosphere. People think it must be clinical, but it isn’t. It’s a homely environment where it’s all about the family. There’s lots of interaction with the families and children - from little ones to teenagers.”

Barbara was looking after her grandchildren during the week, but when they started going to school she found she had more time on her hands. She began helping at the charity’s events such as Santas on a Bike and Santas on the Run before she began volunteering in the family kitchen in the hospice.

“I began helping in the kitchen every Sunday, that fitted in well, and then when the grandchildren started school, I decided to come on Wednesday afternoons as well. I love it! It’s a really lovely team, everybody is so friendly from the staff in the kitchen, the care team and the families staying for short breaks.”

A typical day for Barbara would be to do some food preparation, clearing tables and loading the dishwasher. “I don’t have to do anything I’m not comfortable with, such as cooking! I try to stay away from cooking as that’s not my forte, but I might make a salad or a fruit salad. I’m happy peeling veg, doing anything basic or prepping meals; the fundamentals.”

The hospice relies on volunteers as they make a truly precious contribution towards the work done by Children’s Hospice South West.

Barbara said, “I would encourage anyone to get in touch with Charlton Farm if they’re interested in helping in the kitchen and want to give a few hours to help and be part of a team. Give them a call, have a look around the kitchen, meet the Senior Cook, have a cup of tea and a chat. I’ve learnt so much in my time here, it’s so inspiring and keeps me busy and I wouldn’t want to be anywhere else!”